Discover The Best of Uganda 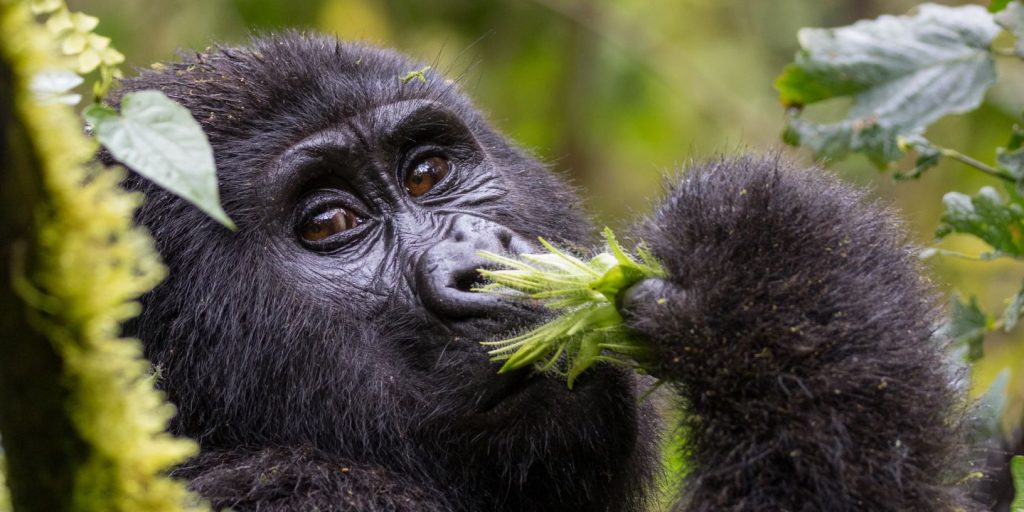 Discover The Best of Uganda

Beautiful journey through savannah, Borassus Palm Forest, and grassland to Lake Albert, where the Albert Nile River continues north. We drive in the open African savannah in search of Lions, Leopards, Hyenas, Buffalo, Elephants, Jackson Hartebeest, Oribi, Waterbucks, Uganda Kobs, and various bird species such as the Secretary Bird, Black Chested Snake Eagle, Tawny and Marshal Eagles, Carmine and Swallow Tailed Bee-Eaters, and more. Afternoon boat journey up the Nile to Murchison Falls. We ascend to the top of the falls and watch the Nile squeeze through a 7-metre fissure, with Nile Crocodiles lounging below.

Tracking mountain gorillas in Bwindi Impenetrable Forest is a bucket list adventure that culminates in standing within metres of a silverback and his family. With chimpanzees and other primates, a walking safari to spot reintroduced white rhinos, some of the best bird watching in Africa with over 1000 species, plains game, big cats, and the legendary tree-climbing lions of Queen Elizabeth National Park. The park’s highest peak is 1590m. After lunch, we’ll head to Queen Elizabeth National Park for a game drive. It’s Uganda’s most popular and gorgeous game reserve, named for Queen Elizabeth. It runs from the crater-dotted Rwenzori foothills in the north to the distant Ishasha River in the south, encompassing savannah, wetlands, crater lakes, and rainforest. The park has 600 bird and 100 mammal species, including lions, hippos, buffaloes, leopards, spotted hyenas, elephants, and the Giant Forest Hog. Chimps, black and white colobus monkeys, blue, black-faced red colobus, red-tailed monkeys, and olive baboons are primates.

Start early for the short journey to Bwindi Impenetrable Forest National Park. After a briefing at Park Headquarters, you’ll start your Gorilla walk (please note that a drive may be required to your trekking starting point). Depending on the Gorillas’ location, the trip can last 2 to 6 hours. The terrain is often steep and overgrown. A ranger will teach you about the vegetation, fauna, and Gorilla lifestyle. Long pants, gloves, and a waterproof jacket will help with rain, dirt, and stinging nettles. Travelers from around the world come to see the mountain gorillas. Seeing the Mountain Gorillas of East Africa is a once-in-a-lifetime event.