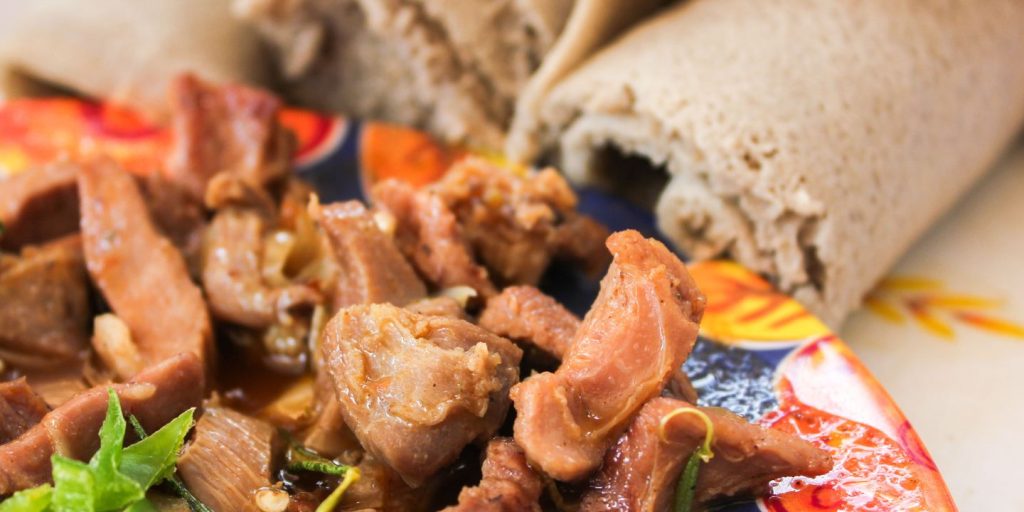 Best time to go:  YEAR ROUND

On this 13-day safari through Ethiopia, you will visit the Senkelle Wildlife Sanctuary and explore the majestic Bale Mountain National Park in the country’s highlands while following the trails of Bale Monkeys. In pursuit of the endangered Ethiopian wolf, uncommon birds, such as the yellow-fronted parrot and the black-winged lovebird, as well as the throbbing Ethiopian capital Addis Abeba, you will go on a woodland walking safari. A cultural experience with the Hamer tribes in the Omo Valley, a boat ride over Lake Chamo, a visit to the Langano Lakes, hiking through Arba Minch, and a stop at the Guassa Community Conservation Area where we can observe Ethiopian Gelada monkeys playing and scavenging for food on the grassland plains are all included in our safari in Ethiopia.

Your first day in Ethiopia will be spent touring the country’s sweltering and hectic capital, which serves as the African Union’s headquarters and is home to some of the continent’s most magnificent statues and distinctive architectural styles. Due to its advantageous location 2,700 metres above sea level in the central highlands, Emperor Menelik II established Addis Ababa in 1887 as the capital of his nation.

In one of Africa’s largest open-air markets, Merkato, you might encounter strange odours and roaring noises. You can also explore windswept boulevards and the National Museum of Ethiopia to learn more about Ethiopian culture.

Drive to Langano, which is 1,585 metres above sea level and situated east of Lake Abijata in the Great Rift Valley. You will spend the night at a lakeside resort with breathtaking views of the lake and towering rock peaks, only feet from Lake Abijata’s sandy beaches. You may enjoy authentic Ethiopian cuisine in the on-site restaurant hut while taking in the uninterrupted views of the sun rising and setting over the lake, birds diving for food, and clouds descending over the cliffs. You can go on a trek around the 18-kilometer-long, 16-kilometer-wide lake throughout the day, unwind next to the waterfall to the sound of gushing water, or see wildlife consuming water and catching fish.

I’ll drive you on a beautiful road to Bale Mountain National Park. You will make several stops at amazing photo opportunities on your Ethiopian safari to test your camera’s capabilities. You will discover pristine moorlands and harsh rocky outcrops, as well as dense woods full of tall, green trees that cling to the sides of deep valleys, peaks that pierce the clouds, and countless of species and insects that are unique to this region of Africa. You will go to Dinsho, a village that is 3,207 metres above sea level and situated right in the middle of the Bale Mountains. Menelik’s Bushbuck, Mountain Nyala, and the endangered Bale Mountains vervet-Bale monkeys are three indigenous animals that live in the area, and you will seek for them while you stroll through the woods.

Blue-winged geese, spot-breasted lapwings, Abyssinian long claws, Wattled Ibis, Black-headed Siskins, and Rouget’s rail were just a few of the birds you might see in the sky above you. You will make a pit stop at the Senkelle Creatures Sanctuary, 48 kilometres west of Hawassa, on the way to your lodging, where you can search for uncommon wildlife hiding in the exposed acacia woods. Bohor, reedbucks, Greater kudu, orbis antelope, spotted hyenas, warthogs, common jackals, Swayne’s hartebeest—of which there are only 600–800 in the reserve—Bohor, spotted hyenas, warthogs, common jackals, and numerous other wild species and birds could all be seen.

A knowledgeable local guide will help you explore the Bale Mountains National Park. The national park, which is uninhabited, secluded, and pristine, reaches its highest point at 14,360 feet above sea level and is the continent’s largest high moorland region. You will experience nature at its best while on this safari in Ethiopia as you trace Mountain Nyala, which are unique to this part of the world, as you ascend over rocky peaks and through dangerous vertical cliffs into dim tunnels. You will encounter indigenous Ethiopian wolves and Giant molerats guarding their territories, clouds enveloping Mount Batu, one of Ethiopia’s tallest mountains, as well as an abundance of vibrant and rare flowers that only bloom in the park at certain times of the year. You will descend into the spectacular Harenna Escarpment, one of the greatest stretches of virgin forest in the country, after an amazing day in the woods with eagles and vultures circling overhead.

Take a walking safari deep inside the lush forest, which serves as a haven for numerous creatures and insects. A stream that is currently flowing through the woodland is home to newly found species of crabs and indigenous frogs. The best method to look for the elusive Bale Monkeys dangling from trees and their sounds resonating through the air is to hike into the forest. For birdwatchers, the forest is home to numerous parrot and lovebird species that are just waiting to be discovered, including the endangered Ethiopian Cisticola, Abyssinian Slaty Flycatchers, Abyssinian Catbirds, and Black-headed Siskins. You will be rewarded with breathtaking views of the Harenna Forest canopy and the far-off mountain peaks after a taxing two-hour climb to the summit of Mount Gujaralle.

Before making the walk home, you can cool off in the pool of a remote waterfall.

For the next leg of your Ethiopia safari, board a charter flight to South Omo (Murule), which is frequently referred to as Ethiopia’s Garden of Eden. The rustic camp is situated next to a river, and it has igloo-style tents that provide cosy beds and breathtaking views. A chef on site also makes delicious local food and packed lunches for hikes into the forest. You will travel through Konso, Weito, and Key Afer en route to the southern market town of Jinka after settling in. There are just 1,000 members of the Karo tribe left, and you will spend the day there learning about their distinctive body scaring rituals, vibrant body painting, and stunning beadwork.

You’ll journey to the village of Duss to see the Karo government’s wooden log parliament.

a boat transfer to the Mursi tribe’s uninhabited, isolated territory. The Mursi are renowned for their impressive body scarification, dexterous body painting, and unexpectedly sizable clay plates that women encase in their lower lips. From a lonely forest clearing, you will journey deep into the trees to the quiet of the village. En route, you will pass crocodiles lazing in the sun and an abundance of wildlife. The most well-known Omotic speakers will be among the tribespeople you meet. You can visit them in their traditional mudbrick homes and pasturelands and converse with them.

The Hamer tribes live in Turmi, a market town, and are well-known for their elaborate body art, Evangadi nocturnal dancing, and bull jumping rituals. On the three-hour safari drive, you will see several eland and bushbucks ambling alongside the rocky path, as well as vultures and eagles hovering overhead. If you’re fortunate, you might be able to see the amazing bull jumping event, which is a special rite of passage from infancy to maturity, when boys jump over a line of 10 to 30 bulls while entirely naked in an effort to join the Maza tribe. Other males who have completed the jump, known as Maza, gather around to applaud and sing traditional tribal songs.

Drive to the lakeside Ethiopian city of Arba Minch. You will make a pit break in the Konso region, which was just added to the UNESCO World Heritage List and is renowned for its terraced slopes, exquisite woven fabrics, and carved totem poles used to adorn graves. The Konso tribal king’s residence and the town of Machekie, a dry and sandy area characterised by its traditional thatched cottages and goats and chickens roaming freely throughout the village, are both accessible. As they go about their daily lives, the residents may be seen carrying buckets of water, milling wheat, and cooking over an open flame. You’ll spend the afternoon on a boat tour on Lake Chamo, passing snorting hippos and vicious crocodiles up close. You can stop at the renowned crocodile market, Azo-Gebeya, en route to your lodging to witness some of Africa’s largest crocodiles.