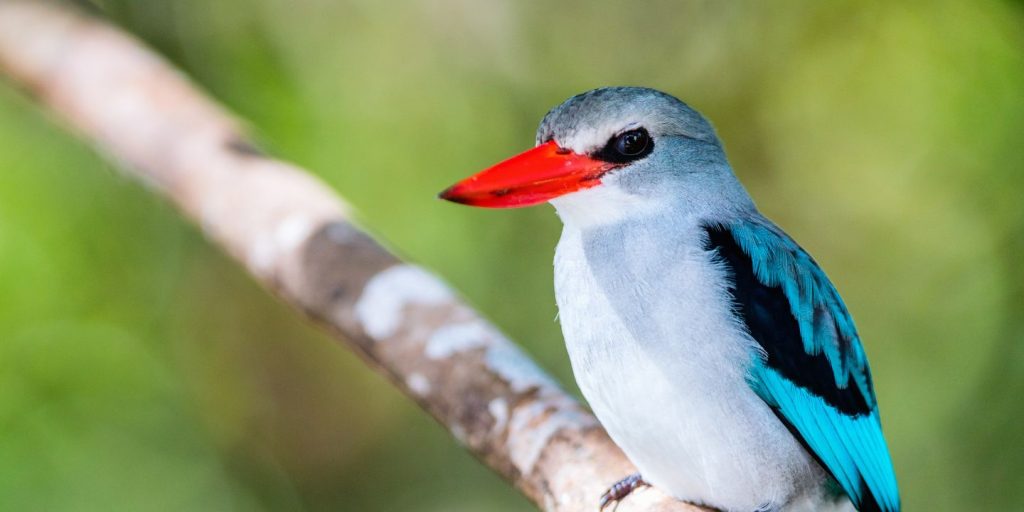 Discover the unspoiled beauty of Mozambique at this quaint beach property. On the secluded beach, unwind while reading a good book or tanning. Enjoy a romantic beachside dinner with candles. Enjoy the soothing sound of the ocean as you go to sleep at night.

Go to the Beach Club and make arrangements to participate in extra activities like a dhow sailing expedition up the coast. For ages, the region’s main form of transportation has been these boats. Take a tour of Inhambane to observe the colonial architecture and the wonderful cashew nuts that are sold there.

An tour for diving or snorkelling would be a fantastic complement to your trip to Mozambique. Fantastic reefs are nearby and only require a short boat cruise. They offer some of the best diving in the world, and on more challenging dives, you can encounter anything from coral gardens teeming with colourful fish to barracuda and sharks. It’s also feasible to go big game fishing for tuna and whale.

Relax for the next four days. Start each day of your vacation in Mozambique with a delectable breakfast. Before cooling down in the warm waves of the Indian Ocean, relax on the beach with a nice book and soak up the sun. Plan to participate in optional activities like sailing. Consider taking a snorkelling or diving trip to explore the aquatic life of Mozambique. Swim in the ocean while you unwind or take a stroll down the beach to enjoy the sights. Drink something cool at the lodge and enjoy the sunset as the sky changes hues. You will savour a special candlelight meal on the beach in the evening. The lodge serves food made with local ingredients, including the renowned seafood from Mozambique.

Many visitors to the nation stop by Mozambique’s stunning coastline to take advantage of the warm Indian Ocean waters for swimming and scuba diving. The mouthwatering seafood meals Mozambique offers are what many visitors remember most about their trip. Many people believe that their shellfish, such prawns and crayfish, are the best in the entire globe. In reality, shrimp or prawns prepared Peri-peri manner are among the most well-known dishes from Mozambique. The native cuisine also includes a lot of seafood because it is both plentiful and affordable.

Matata, a regional delicacy without any Portuguese traces, is a shellfish stew typically cooked with clams in a peanut sauce. Rice and chips are frequently served with grilled seafood that has been heavily basted with peri-peri sauce (fries).

The cuisine of Mozambique is justifiably well-known in Africa. It’s hardly surprising that many of its well-known meals use fresh seafood given the country’s extensive coastline and abundant fishing grounds. The usage of spices like chilli in the spicily flavoured Peri Peri chicken is another example of the Portuguese people’s colonial history.

Due to the copious use of chilli peppers, garlic, and lemons, Mozambican cuisine is unmistakably spicy. Peri-peri, which translates to “spicy-spicy,” is a common side dish for almost all meals. It is one of the flavours that characterises the food the most. Traditionally, red chillies, garlic, salt, olive oil, and lemon juice are pounded together to make it.

The Origins of Arab Food Influence in Mozambique

Mozambique’s traditional ethnic cuisine is incredibly diverse and rich. It’s well known that Zambézia, Mozambique, has excellent traditional, hot cuisine. A special treat is Zambézian chicken cooked in palm oil. Before becoming farmers, the country’s first residents led a hunter-gatherer lifestyle. Arab slave traders established commercial posts all throughout Mozambique around the year 700 and taught the locals how to use salt to preserve food.

Additionally, the Arabs brought different spices and Arab sweets like doughnuts. The Portuguese colonised the nation in the 15th century, bringing with them components from their other colonies in America. Many of the flavours they introduced were adopted into Mozambique’s regional cuisine.

The Arabs brought with them a variety of ingredients, including wine, onions, bay leaves, garlic, fresh coriander, paprika, chilli peppers, and sweet peppers. They also introduced staple foods including maize, rice, and potatoes. To produce a distinctive and delectable dish, these products were combined with native African delicacies.

Many Mozambicans are currently living in extreme poverty. Many people don’t eat filling meals every day while the nation heals from natural disasters and wars. This is particularly true in the rural areas further inland. The everyday diet of those persons is less diverse. However, fresh seafood is a major component of the cuisine along the coast. A stew of meat or vegetables and a maize porridge make up the national diet of Mozambique. However, there are other culinary traditions that are popular across the nation.

Typically, breakfast consists of a small meal like an egg sandwich, maize porridge, and tea. Typically, the major meal is consumed at lunch, or almoço. In towns and cities, street vendors are frequently where people get their lunch. Pregos (steak sandwiches), fried chicken, and stews or curries served with rice are popular lunch options.

The major meal for Mozambicans living in cities may be dinner (jantar). Due to the combination of Portuguese and conventional African elements, a formal Mozambican supper is a singular experience. The dinner will be served while the guests are sitting at the table, unlike many African nations.

The meal is frequently served on plates and eaten with knives and forks while the table is covered with a tablecloth. Given that many African traditions involve eating with your hands, this demonstrates the European influences of the Portuguese. A soup or starter, an entrée, and a dessert are typically served as the three courses in more affluent homes. The most popular accompaniement is Portuguese wine.

Although a large portion of the population adheres to traditional traditions, the nation has a major Catholic influence, and meat is frequently avoided on Fridays. Therefore, Christmas is frequently a significant holiday, and Mozambicans will celebrate by baking a cake made of potatoes and cashew nuts called bolo polana.